The struggle between academic achievement and training another Joseph Schooling Posted On: August 16, 2016 5:31pmAcademic Achievement 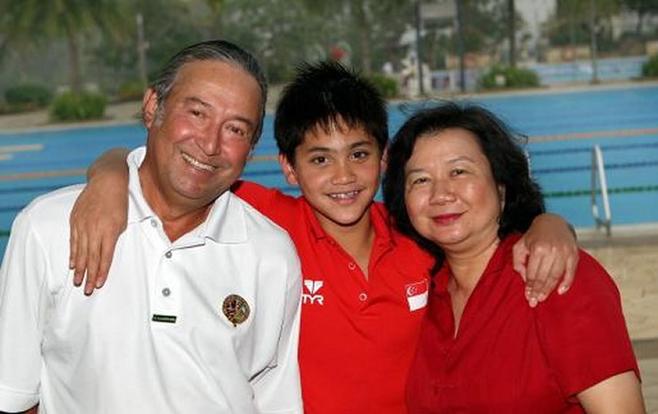 I had wanted to write an article about Joseph Schooling and his academic achievement to discuss the balance that one can achieve between studies and sports. However, I can’t seem to find anything about his results in school. Then it struck me… seriously… who cares? Who cares if Joseph Schooling had done well in school when he is now a world champion. However, many parents will want their children to have the back-up plan, in case they don’t achieve their sporting goals… come on, there can’t possibly be too many Joseph Schooling anyway.

Joseph Schooling had, most probably, in my opinion/assumption, done very well in school because academic achievement and athletic performance have been found to go hand-in-hand in many situations.

In a study conducted over 4 years at a highly selective liberal arts college and an Ivy League university, about 1000 student-athletes and non-athletes presented some really positive research results. In that study, it was found that the academic performance of the athletes was not below what would be expected based on their entering profiles. In fact, the athletes were found to surpass non-athletes on sociability/extraversion and self-reported well-being in each annual wave of the study. Athletes were also reportedly not isolated from the rest of the student body; they spent over 50% of their time with non-group members and belonged to non-athletic extracurricular groups every year (Aries, McCarthy, Salovey and Banaji, 2004).

This goes to show that academic achievement and sociability need not necessarily be sacrificed for athletic performance.

Furthermore, in another study that included about 8000 undergraduates from the University of Montana in 1997,it was found that national collegiate athletes displayed a higher level of “hope” when compared to the non-athlete undergraduates (Curry, Snyder & Cook, 1997). Which means, athletes in schools were found to exhibit more goal-directed behaviours with specific plans to reach their goals. They are generally more self-disciplined and determined in reaching their goals both in court/pool and otherwise.

Sadly, we don’t have similar studies done in Singapore. However, one can make reference to the performance of the students in the Singapore Sports School (SSP).

In the news on  5 Jan 2016, it was reported that 13 out of 19 of the school’s first batch of International Baccalaureate (IB) graduates attained at least 40 points out of a maximum of 45. Its cohort of student-athletes achieved a 100 per cent pass rate, slightly higher than the national pass rate of 98 percent (Straits Times, 2016).

Additionally, in SSP’s Review Report for the year 2011,  it was reported that of those who sat for the GCE O-Level Examinations, which constitute about half of each SSP cohort, the distinction rates for many core O-Level subjects are higher than the national averages.

These reports go to show that sporting achievements and academic performances do go hand-in-hand and parents can really put their hearts at ease in allowing their children to further their sporting talent!

However, just a caveat, the dream to achieve must come from the child and not the parent. If the parents are the ones who want their children to pursue a sporting career, the results wouldn’t be ideal…

Play it well! Academic achievement with sporting success is possible!